A dreaded Nagpur gangster, who’s currently lodged at the Central Jail, tested positive for COVID-19 a week back. The gangster is asymptomatic and is receiving treatment at the jail itself. When Nation Next spoke a top official at Nagpur Central Jail, he confirmed the same saying that the said gangster is on the verge of recovery.

The gangster, who is said to have had strong links to politicians in the past, has more than a dozen cases against him and is booked under Maharashtra Control of Organised Crime Act (MCOCA). Earlier this year in February, a part of gangsters bungalow situated in Nagpur’s Itwari area was razed by civic body officials.

In July, Nagpur Central Jail has emerged has a hotspot for coronavirus cases in the city. Close to 300 COVID-19 cases have emerged from the jail till now. 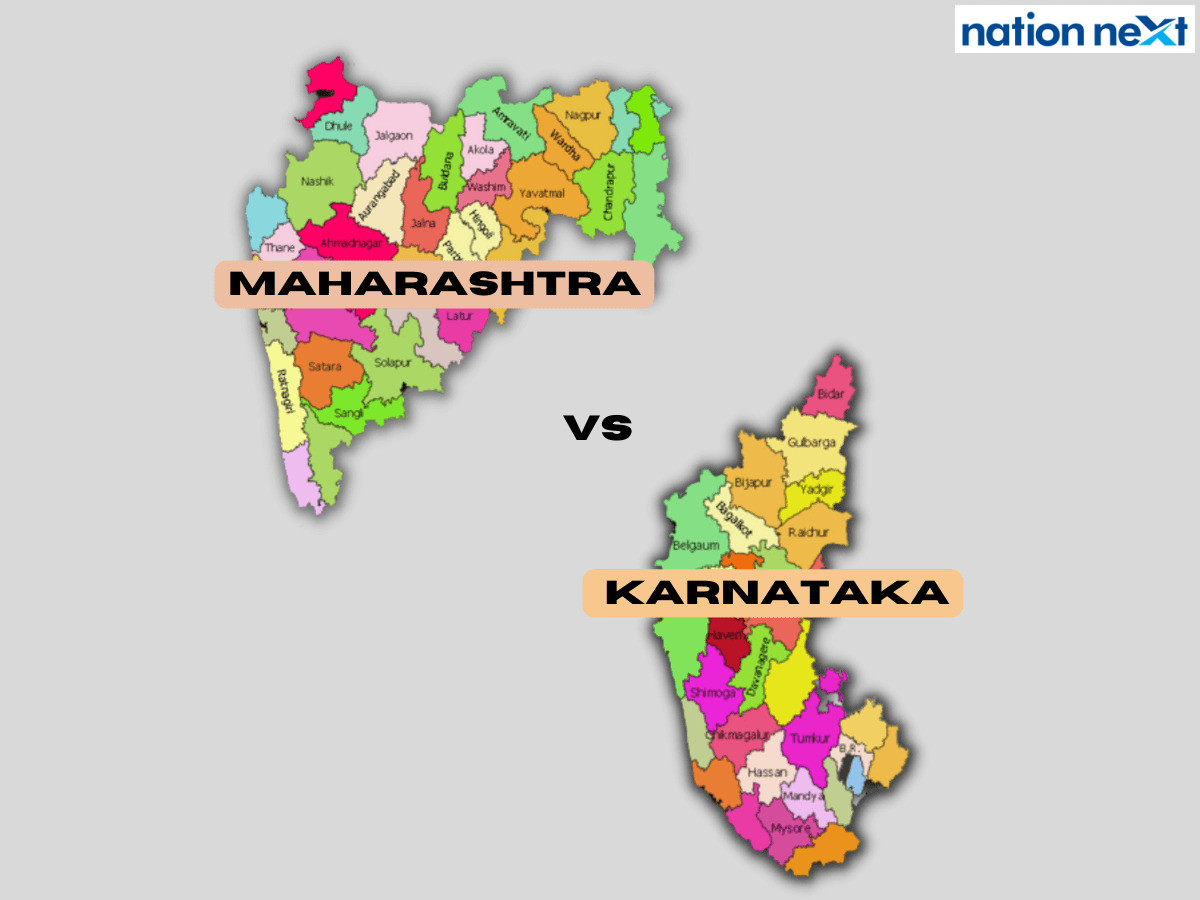 It all began with a 2021 Jath resolution that the drought-prone taluk (comprising 40 Gram Panchayats) in Maharashtra passed, which stated that their water scarcity woes have not been met by the Maharashtra government for long and hence they expressed a desire to join Karnataka. Referring to this resolution a few weeks back, Karnataka CM Bommai said that his government was seriously considering this resolution and was prepared to tackle any legal challenges that may come forth.

Rubbishing these Jath claims as being “old”, Maharashtra Deputy CM Devendra Fadnavis said that not a single village in Maharashtra would be ceded to Karnataka and that Maharashtra’s claim on Belagavi, Karvar and Nippani is non-negotiable. Bommai responded on Twitter saying, “There is no question of giving even an inch of land to Maharashtra. In fact, our argument is to merge predominantly Kannada-speaking Sholapur and Akkalkot areas in Maharashtra with Karnataka.”

Violence broke out in border areas of both states, with some buses and flags being burnt. However, in a words that seemed to hint at a patch, Maharashtra Deputy CM Devendra Fadnavis, told ANI on Tuesday, I’ve spoken with Karnataka CM, he gave a positive response. Our constitution provides everyone the right to live & work in any state. I will take this issue to HM Amit Shah. I request people of Maharashtra to not react.” B

Bommai stated that he spoke with Mah CM Eknath Shinde over the phone and that they both agreed that peace and law and order should be maintained in both states. However, this seems to have fallen on deaf ears as violence was reported along the border areas.

(With input from agencies)

Also Read: 11 things you need to know on the Karnataka – Maharashtra border dispute 1. After the State Reorganisation Act was passed by the Parliament in 1956, On November 1, 1956, Mysore state – later renamed Karnataka – was formed.

2. This reorganization did not go well with Maharashtra which was of the view that the northwestern district of Karnataka, Belagavi, should be part of the state.

3. This was also the time that the Maharashtra Ekikaran Samithi (MES) was formed and became a prominent player in politics.

4. After decade-long protests erupted on either side, finally the Union government set up a commission under retired Supreme Court judge Justice Meharchand Mahajan on October 25, 1966.

5. The commission, which submitted its report in August 1967 recommended merging 264 towns and villages of Karnataka including Nippani, Nandgad and Khanapur with Maharashtra, and 247 villages of Maharashtra including South Solapur and Akkalkot with Karnataka.

6. The report was tabled in 1970 in the Parliament, but was not taken up for discussion.

7. In 2004 Maharashtra approached the Supreme Court challenging the State Reorganisation Act and demanded 865 villages and towns from five Karnataka districts to be merged with the state. The five districts are Belagavi, Karwar, Vijayapura, Kalaburagi and Bidar.

8. Karnataka argues that Article 3 of the Indian Constitution does not give the Supreme Court jurisdiction to decide the borders of states, and only Parliament has the power to do so.

9. Maharashtra says Article 131 of the Constitution says that the Supreme Court has jurisdiction in matters related to disputes between the Union government and states.

10. The petition in SC was to come for hearing on Nov 30, 2022 and was listed before the Bench headed by Justice K M Joseph, but has been pushed to another date.

11. Every winter since 2012, Karnataka Assembly session is held in Belagavi in a newly inaugurated building called Suvarna Vidhana Soudha. Hence, this is the period when the issue always gains steam.

Samruddhi Mahamarg or Nagpur-Mumbai Super Communication Expressway will be inaugurated by Prime Minister Narendra Modi on December 11, 2022 in Nagpur. The first phase (502 km) will connect Nagpur – Shirdi. The project was first announced in 2015 and land acquisition began in July 2017. Watch the video to know everything about Samruddhi Mahamarg.