Former Home Minister Shivraj Patil, has found himself embroiled in a major controversy as he has equated Krishna’s teachings in the Bhagwad Gita to “jihad.” Speaking at the launch of former Congress Union minister Mohsina Kidwai’s biography, he said, as ANI reports, “It’s said there’s a lot of discussion on Jihad in Islam… Even after all efforts, if someone doesn’t understand a clean idea, power can be used, it’s mentioned in the Quran & Gita… Shri Krishna taught lessons of Jihad to Arjun in a part of Gita in Mahabharat.” Trying to defend his remarks later, he said,  “”If you kill Mahatma Gandhi, it is Jihad. The act of killing him is Jihad.”

While the BJP has strongly condemned this, spokesperson Shehzad Poonawala in a series of tweets said that it was the Congress who coined Hindu/Saffron terror, opposed Ram Mandir, questioned Ram JI’s existence, and equated Hindutva to ISIS. He added, “This Hindu hatred is not a sanyog but a Votebank ka Prayog – it is a deliberate ploy before Gujarat polls to polarise a vote bank. Earlier “Janeudhari” Rahul Gandhi also said things about Hindutva; said LeT was less dangerous than Hindu groups and Digvijaya blamed 26/11 on Hindus.”

It maybe recalled that Patil was the Union Home Minister from 2004 to 2008, the period during which the term Saffron terror was coined, when the Batla House encounter was called fake, and when 26 /11 took place. He was also criticised heavily for the delay in deployment of NSG forces during 26/11 and for his various wardrobe changes during that crucial time! 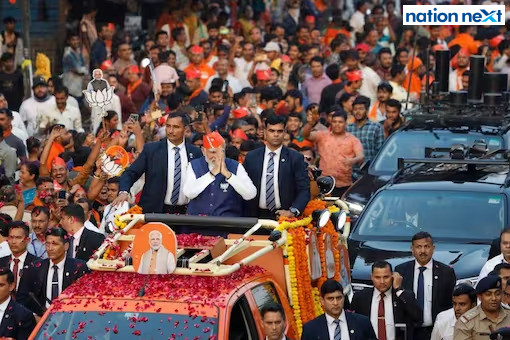